← back to
AllGood Absolute Alternative Records
Get fresh music recommendations delivered to your inbox every Friday.
We've updated our Terms of Use. You can review the changes here.

How the Poor Feel Rich 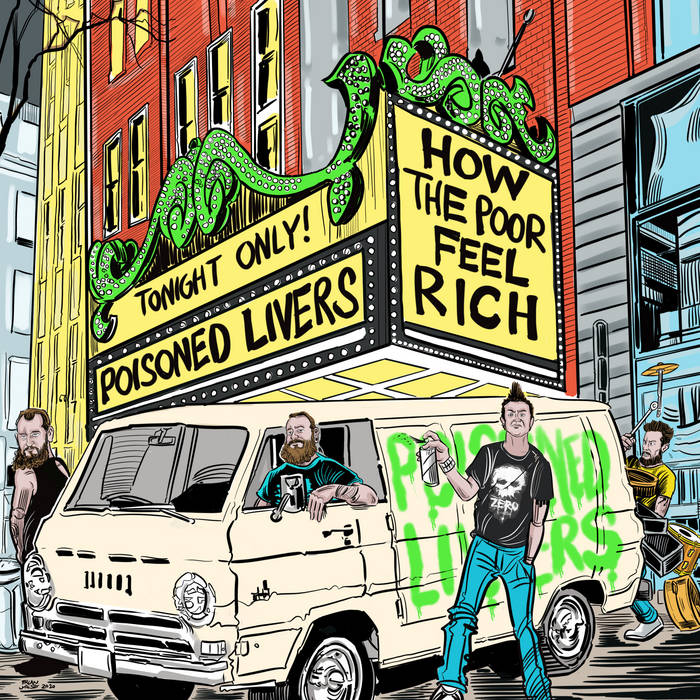 The Debut EP from Aucklands most irreverent and talented Poisoned Livers. This EP attempts to catch the incredible energy that this band purveys in their live performances. GO SEE THIS BAND LIVE!!!!

The band describe their music as Stoner Punk. The music tastes and influences are quite varied with each band member, so it’s a bit different from a mainstream genre, and is a heavy driven hard rock sound with a few quirks and a bit of pace every now and then. Influences come from the early American punk of Dead Kennedys, Black Flag, Fugazi and later in the genre Cancer Bats, ... more

Bandcamp Daily  your guide to the world of Bandcamp

Guests John Beltran and Kim Myhr walk us through their magical musical adventures.